I swear, whenever the BOM warns NSW to brace for severe thunderstorms, we happen to have a camping weekend locked in. On this particular weekend in February, despite my very own advice to others, we chose to ignore the storm warnings and head up the coast to Barrington Tops.

With the unusually warm Summer pushing through Feb, we weren’t surprised to hear from a copper in the RBT bay just outside Matiland wish us well, but not without saying, “If you smell fire, get outa there quick smart!”

Any-who, in 2016 we made friends with a few camping folk at Chichester State Forest, who happened to invite us on a 4×4 adventure through Barrington Tops to a magical place called Little Murray Campground. We stayed at their place in Maitland on the Friday night, and got up early the next day to begin the 3.5hr drive to Gundy, where we would enter the National Park from there. 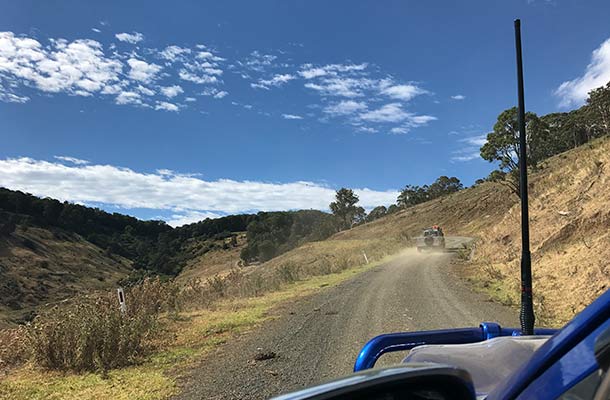 The drive up the grassy slopes was something similar to the landscapes of New Zealand – which was not a pity, because we had just returned, and I was dying to see some damn hills. 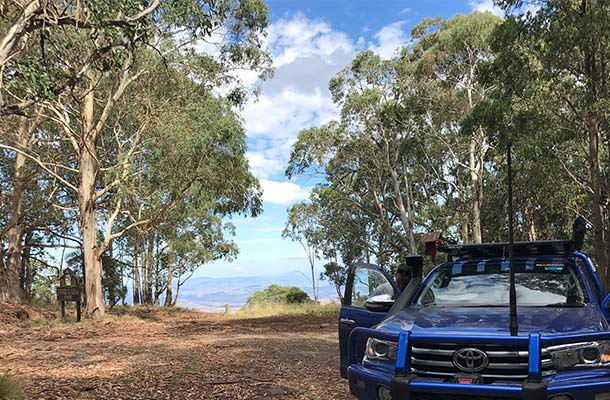 When we reached the top of the hill, we stopped to open up the dingo gate, and walked over to a lookout to see NSW below. 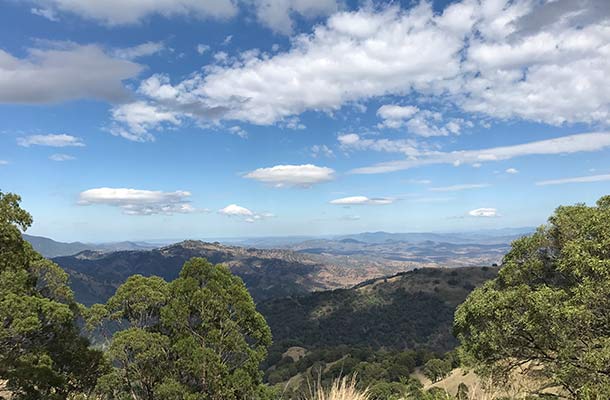 At about 1,400m altitude, you certainly won’t feel dizy, but you will feel a dramatic drop in temperature. On this particular day, it was around 32 degrees down below, but a mere 20 degrees up in the trees.

We followed Corey and Mel in the car ahead along a gravel road, watching the tall trees fly past the windows, waiting for a roo to jump out in front.

If you’re coming from Gundy, follow along Barrington Tops Forest Road until you reach Barrington Picnic area, where you should turn right onto Barrington trail. This becomes a 4×4 track, so if you’ve got a two-wheel-drive, I suggest you stop reading now. Or go get yourself a fourbie. 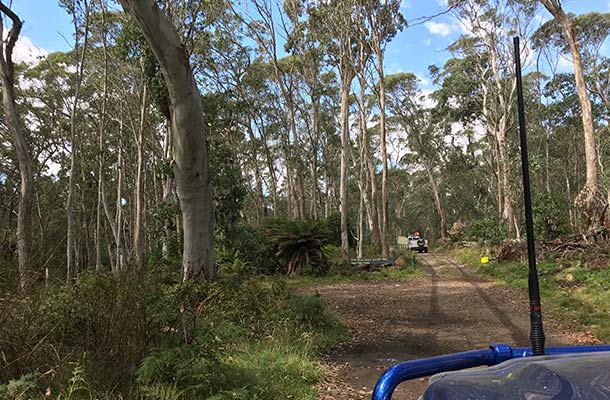 You’ll see a sign that says 5km to Little Murray Campground. Yeah, it’s 5km. But it’ll take close to 25min to go down this track. With plenty of wildlife around, mud pits and a few rocks to crawl over, it’s not a difficult track, but you wouldn’t want to punch it too fast.

As we neared the campsite, we saw Corey slow down right before picking up the UHF, “Look to your right, there are a whole heap of wild brumbies.” 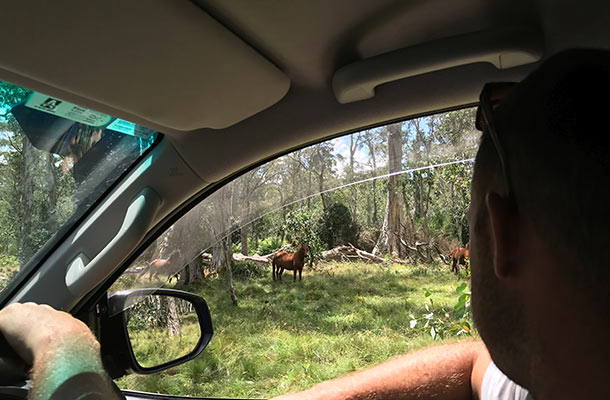 I’d never seen a real-deal wild brumby before, but I had this image in my mind of enormous dark brown horses with patchy hair, long un-tamed manes and crazy eyes.

Instead, these wild brumbies were a beautiful chestnut brown, with smooth-looking manes and kind faces. 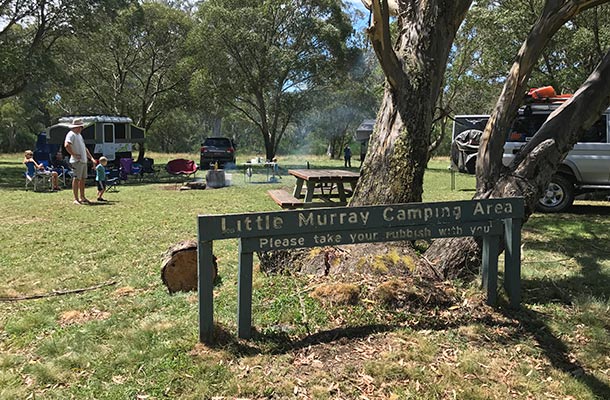 Pulling up to camp, we could see another two vehicles, and a few people sitting around on camp chairs in the sun. Well, looks like these are our new mates for the weekend. 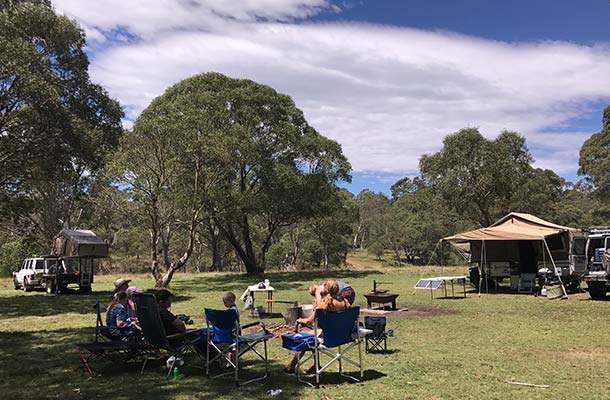 After doing the rounds introducing ourselves etc etc, the others un-hooked their camp trailers and we headed back into the bush to see what Barrington Tops is all about. 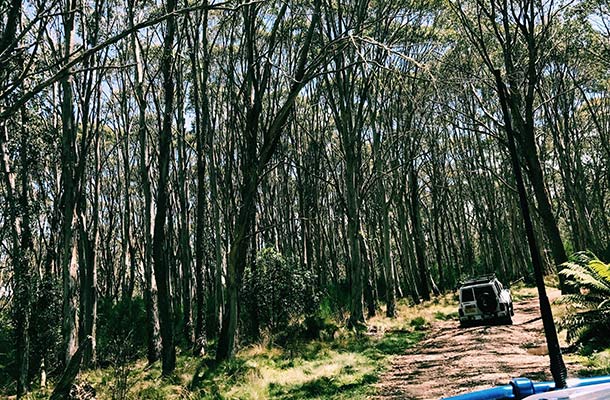 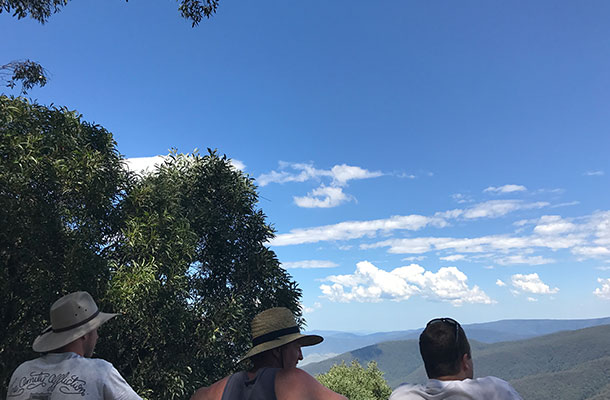 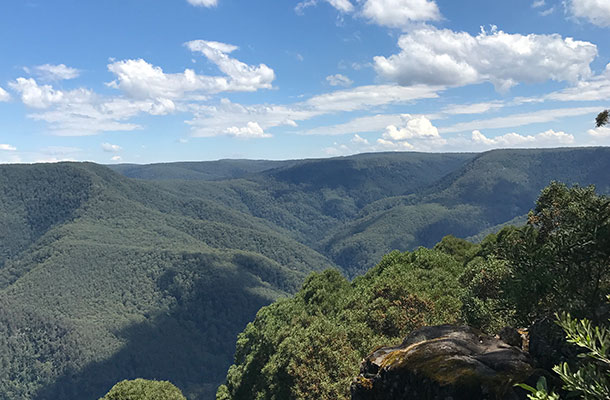 Watch your legs as you walk along the short trail to this lookout. The plants had overgrown the path, and we were all wearing pluggers, so you can imagine the cursing to be heard when stinging weeds came out to play. 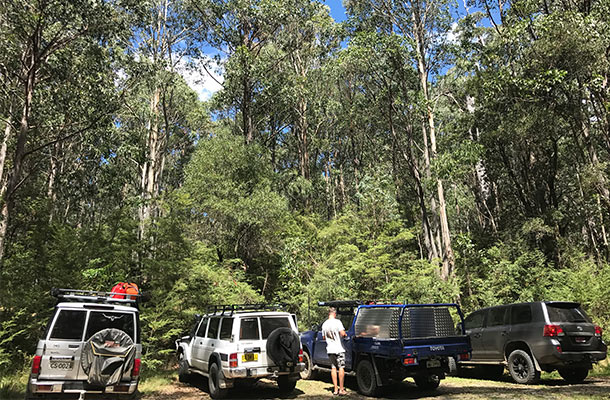 Our next stop was a tad different. I’d heard Corey say something about a big cock earlier on, but wasn’t too sure if I’d heard him incorrectly, and assumed he meant rock. 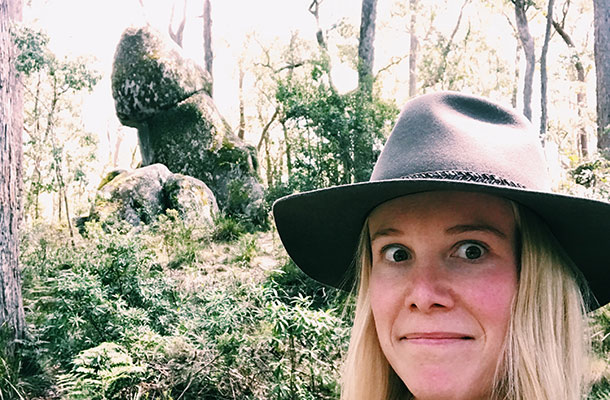 I’d love to meet the bush-bashing pioneer that stumbled upon Cock Rock, and shake his… hand. 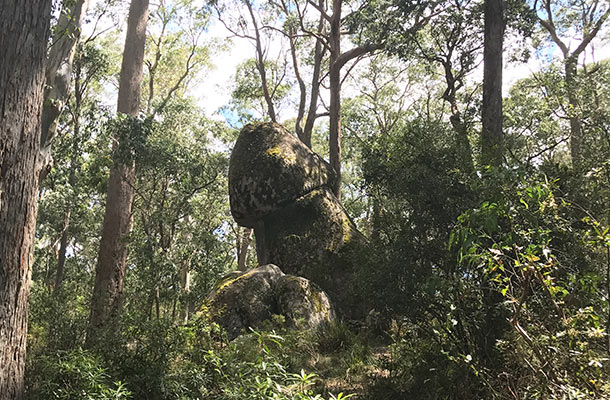 Here’s another little tip: Keep those feet moving, there are leeches EVERYWHERE. Somehow, those of us wearing thongs didn’t get sucked on, but those that were wearing socks and shoes found leeches shortly after.

Our last stop on our tour the the woods, was a little waterfall/swimming hole. 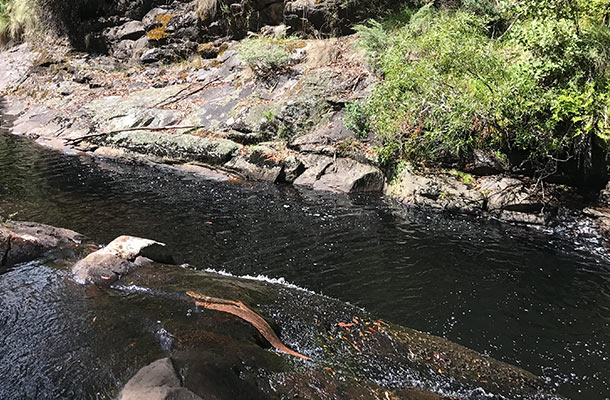 Corey went in for a dip, but we chose to dip our feet in the water. 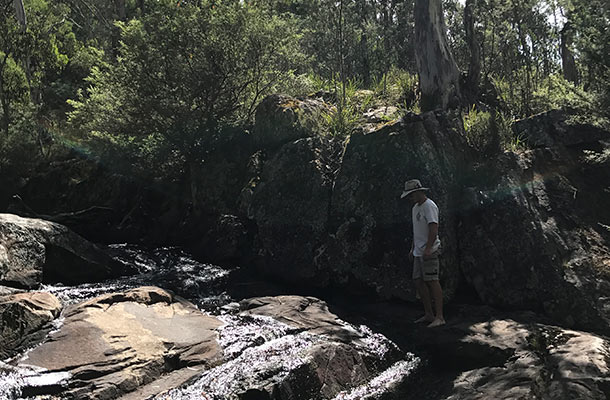 On our way back to camp, we took a turn to do a more gnarly track, with ‘mud’ crossings, where the lads also hopped out with their chainsaws to cut up some firewood. 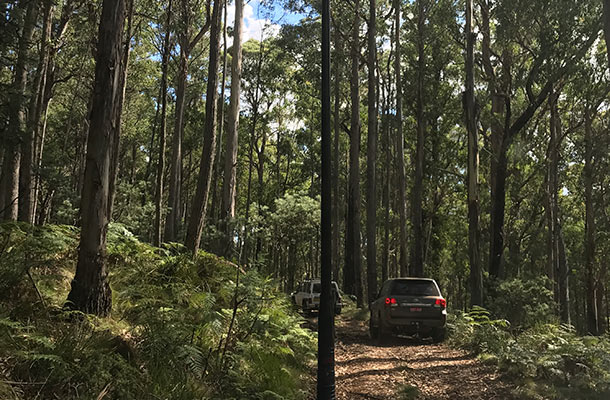 When we returned to camp, we could hear thunder as clouds started to roll over. Luckily, this all happened while the sun was setting, so the skies lit up with all colours of the rainbow. 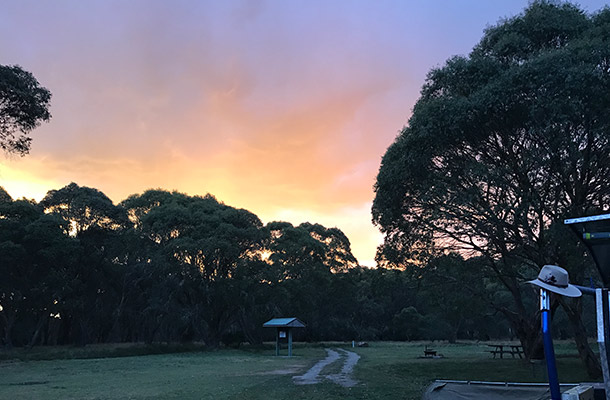 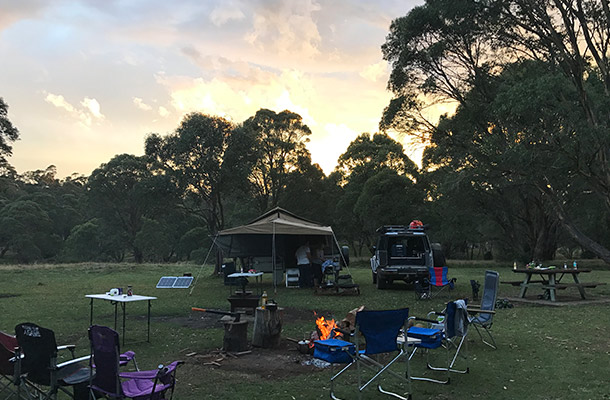 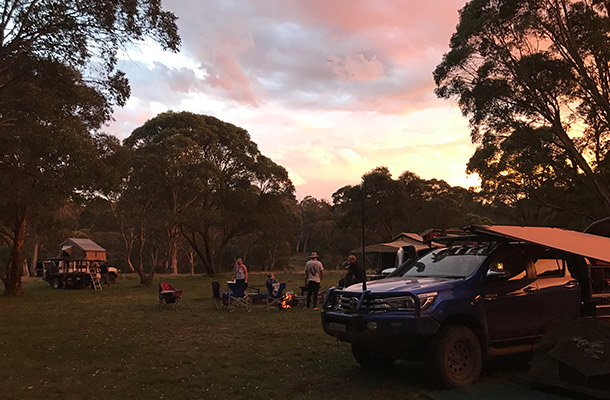 That night, we cooked steaks over the fire and threw together a Thai salad. We all huddled beneath Corey’s MDC camptrailer, hiding from the lighting flashing above us, and sheltering from the rain. 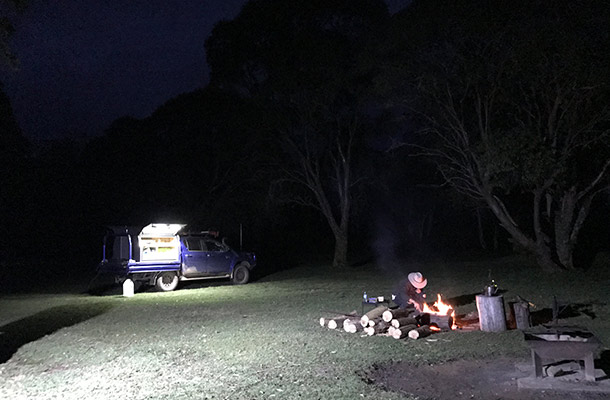 The next morning, after a cosy nights sleep in the swag, we sipped on a warm cuppa beside the fire, packed up and started the long 6hr journey home. 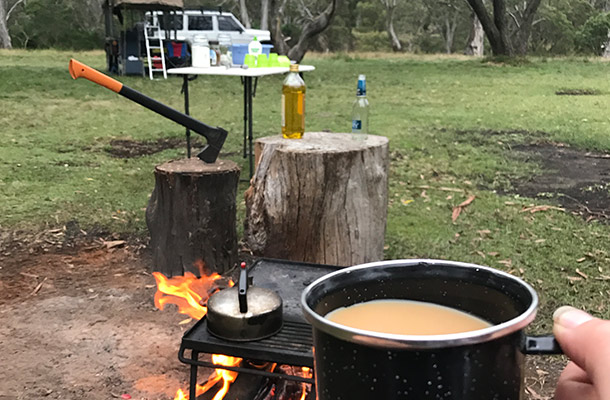 As we wound our way back down the mountain, crossing cattle grates, passing wallabies and waving goodbye to the cows grazing in the paddocks, I couldn’t help but feel sorry for all the poor buggers that chose to listen to the weather reports and miss out on this peaceful spot. 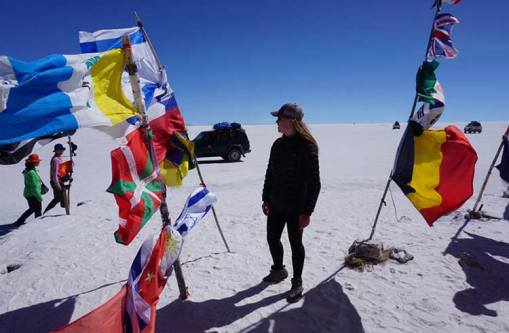 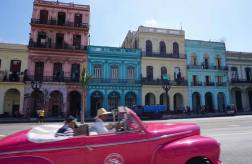 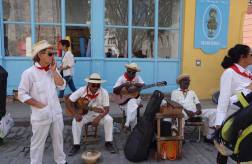 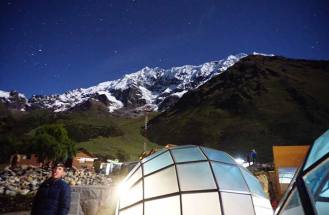 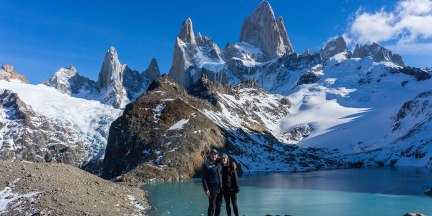